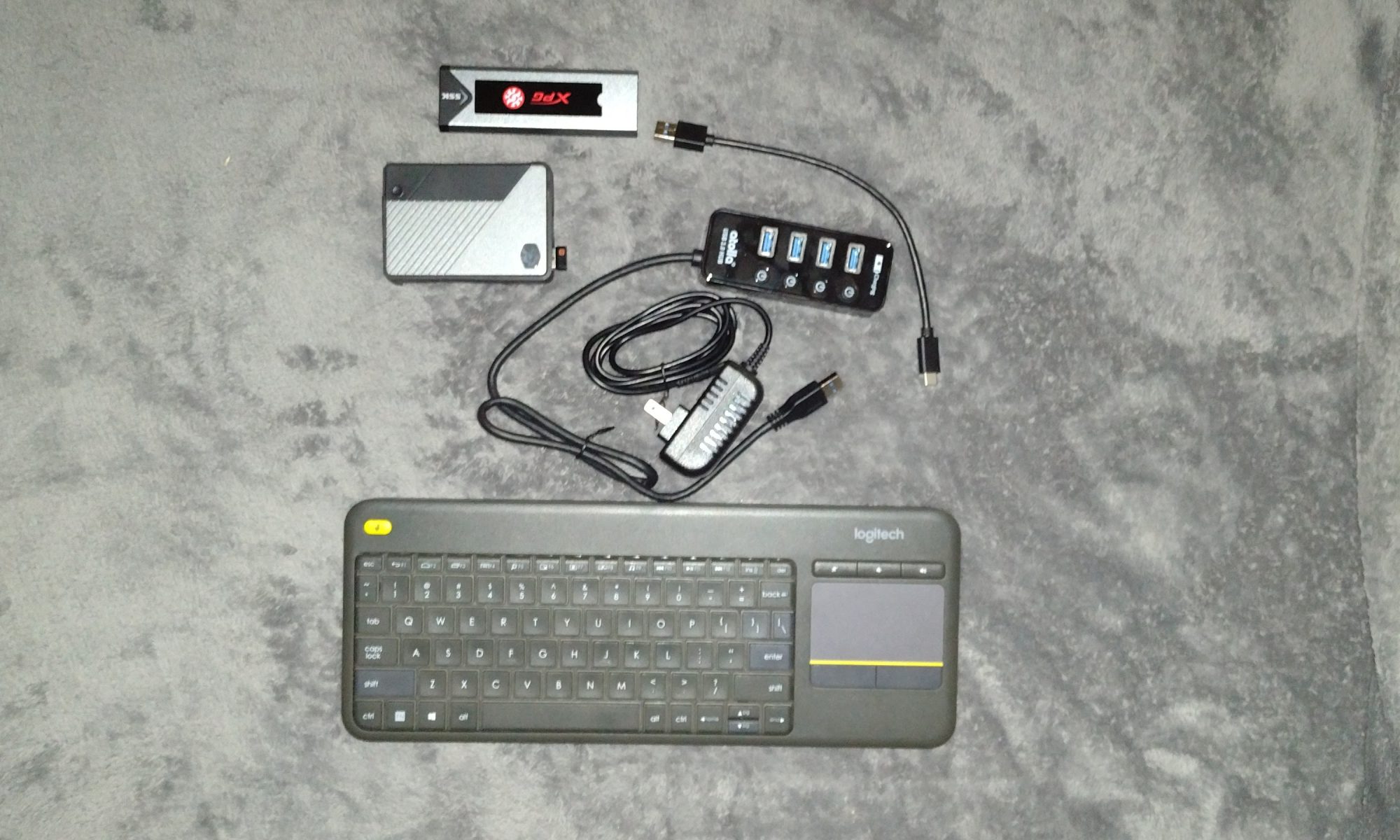 For about a year I’ve seen notes and notices about an experimental feature on the Raspberry Pi 4 to boot from external NVME SSD drives using a USB 3.0 SSD adapter. I recently ran across a story that mentioned that the feature is now officially in the Raspberry PI OS.

One reason to do this is that the boot from micro SD is pretty slow. Another reason is the micro SD life span is not great. An SSD is fast and is meant to be used to boot and run an operating system, so it makes sense to me to go that route if I can. So I bought a few parts to update my Raspberry Pi 4 model B.

I got the following:

I already had the Raspberry Pi 4, in a Cooler Master Pi Case 40 and using a Logitech K400 Plus wireless keyboard with touchpad. The Pi 4 shares the monitor with my DAW workstation computer by using the unused HDMI port of the monitor (Acer 27 inch 2560×1440).

At first I didn’t get the Power USB Hub. But the NVME drive couldn’t write with the power supplied by the Raspberry Pi 4 USB 3.0 port. I could read from the drive all day long, but the boot didn’t work until it could write. I got the powered Hub and now the NVME drive is happy.

Here’s a look at the parts:

This will be a fun setup to work with.